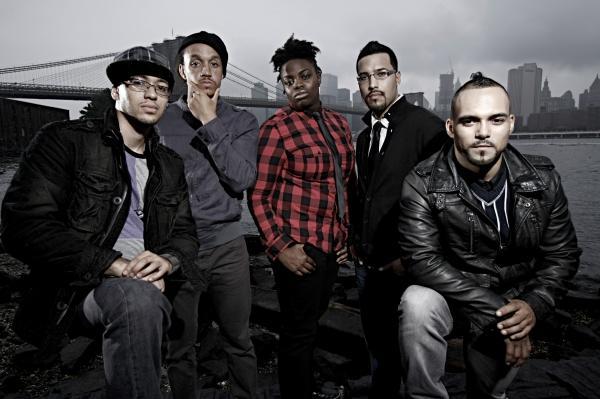 In the midst of social disparity and issues that continue to permeate the culture, the ReadNex Poetry Squad have issued open invitations to all to step outside the prescribed lifestyle matrix and embark on a journey toward progress and greater consciousness with a focus on youth. This unwavering desire to facilitate social change has culminated in their metamorphic rebirth embodied in their new album, Day Before Sound, set for release in early 2010. Embracing the eternal tradition of conveying knowledge orally, audiences nationally and around the globe have been captivated and moved by the anti–apathetic stance of the group comprised of four spoken word poets/emcees and one D.J. Through the art of writing and the power of music, esteemed lyrical scholars Decora, FreeFlowin, Jarabe Del Sol, Latin Translator and DJ H20 continue to uplift urban communities with their universal message and sound influenced by Hip-Hop, Soul, Latin and Caribbean music. As artists, educators and activists, they seek to alleviate ignorance by tackling various issues including but certainly not limited to race, gender, politics, history, social injustice, gentrification, poverty and segregation. Amid increasingly condensed communities that continue to be systematically divided, imagine a time and place where unity exists among all peoples–regardless of political views, gender, religion, sexual orientation, skin color, hair texture, ethnicity and organic composition. This is the destination of “The Day Before Sound.”