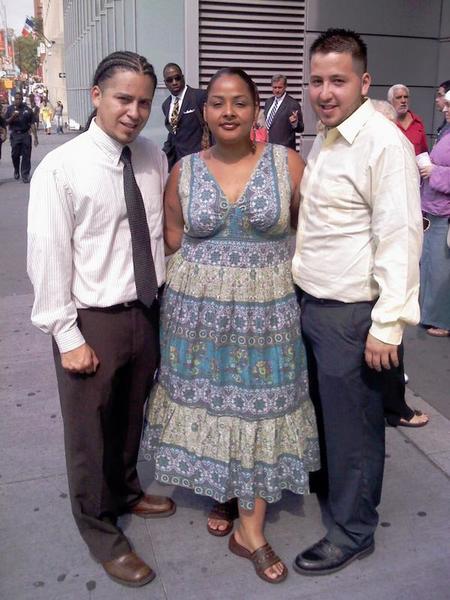 Based in the South Bronx by way of Chicago, Rebel Diaz's music is on blast amongst the freedom fighter set. From welcoming Hugo Chavez in the BX, to opening for Rage Against The Machine in a migrant farmworkers action, they've been the pulse of the movement in the last year. Fronted by the Afro-Boricua songstress/MC Lah Tere and Chilean brothers RodStarz and G1, this group prepares to be true "periodistas de la esquina/street journalists"; reporting from the trenches on life, love, the streets and the struggle.While touring the US, Europe, and Latin America, they have stayed committed to their work organizing in the South Bronx, using Hip Hop as means for youth education and empowerment. Whether at community-based events, or when sharing the stage with the likes of Common, Public Enemy, dead prez, and Mos Def, Rebel Diaz’s explosive sets have introduced many to this fierce bilingual trio.Getting love from the academic world for their poignant social commentary, the crew has also gained momentum in the University lecture/panel circuit, taking national conferences by storm with their energetic performances and workshops. They recently opened a community arts center in the South Bronx, the Rebel Diaz Arts Collective.