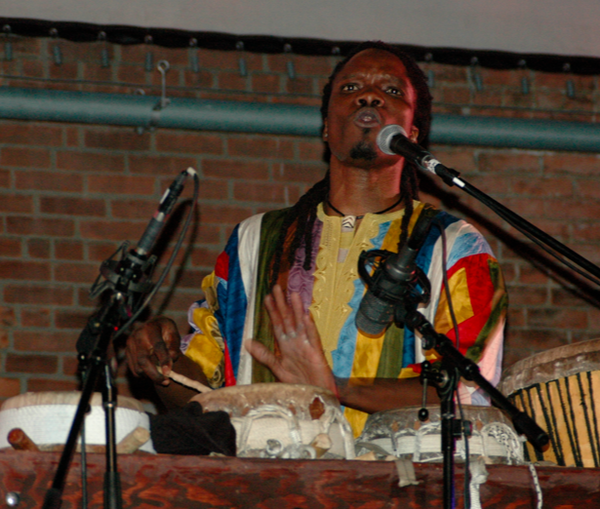 Awesome Show and Awesome Venue. They played our film Democracy in Dakar on the biggest out door screen I'd ever seen and pumped the soundtrack through the PA system. Now thats the way to see a hip- hop movie. Then Group Saloum took over and had the audience on their feet the rest of the night! Benny was the MC and ran a great show. Waterflow from Wagable and Mamadou from Gokh-Bi System were in the house flowing over the bands grooves and some of there own tracks. Of course the Master Drummer Lamine Toure and his Band were on Fire all night.