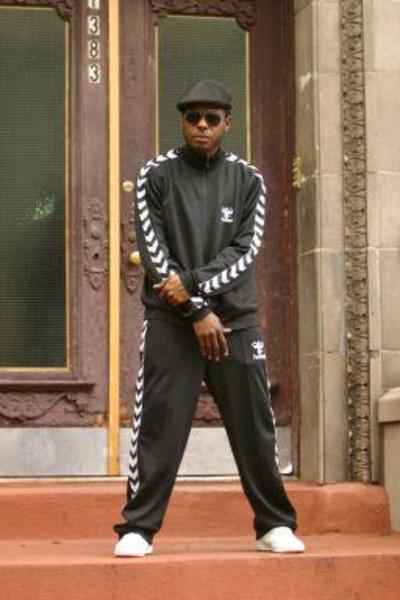 Flatbush’s Rising Talent Mr. REO, the consummate Haitian via Brooklyn rapper, uses his style to reflect his roots more than any grim urban reality. Born in the Flatbush section of Brooklyn, REO took up drums in grammar school before discovering rhyming at the tender age of 11. Being the son of a Kompa musician, the rapper grew up listening to and appreciating music. Music’s always been a family affair for REO. And he takes great pride in his musical roots and like his grandfather, REO plays the timbales when he’s on stage. (Yeah I’m on some diffrent ish)!! Currently REO’s polishing his debut EP “The Lure,” featuring the track “Fanm Ayisyen” (Haitian Women), produced by the Haitian musical icon John “Papa Jube” Altino of Altino Productions, and featuring the well renowned singer Stanley “tantan” Toussaint, along with a video for initial promotional release. Transitioning between edgy and laid-back, REO claims many influences old school and new. KRS-One, Rakim, Run-DMC, Public Enemy, Scarface, Nas, Tupac, Notorious B.I.G and Jay-Z have all played a part influencing his style. He’s also heavily influenced by the dancehall reggae he heard pouring out of the houses in his neighborhood. “I grew up with it. It’s a predominately Caribbean community.” “I get lyrical inspiration from the music. I let the music take me there. I don’t try to go against the flow with it. I talk about world issues, personal things and stuff everybody can relate to.” Aside from rap stardom, REO wants nothing more than to honor the memory of his big band musician grandfather and guitar-playing father, both of whom have passed on. “It’s a family tradition I’m carrying on.” REO:”I’m a voice you have to listen to. I command respect.” Take notice and “Get Hooked To It!” MAKE SURE TO GET YOUR FREE COPY OF MR. REO’S SUMMER 2007″GET HOOKED TO IT” GLOBAL EDITION MIX TAPE TODAY, PLEASE CHECK BLOG.