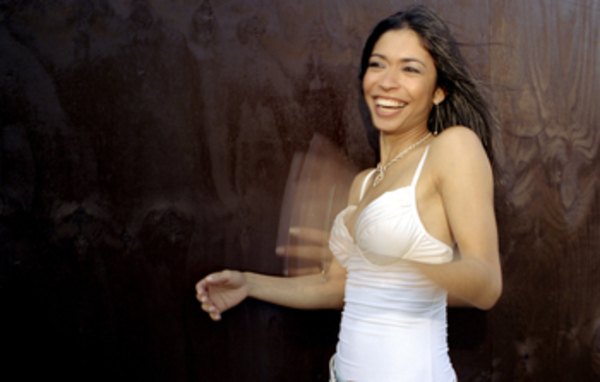 "Whether singing on Telemundo, performing on HBO’s Def Poetry Jam, or appearing in History Channel docudramas, modern day renaissance woman La Bruja refuses to be put in a box. Her unique creativity and charisma has taken her from appearances in a Spike Lee film to running writing workshops for inner-city youth and even modeling for Levis in Glamour and Marie Claire.Now, with her debut album “Brujalicious”, this dynamic, gifted performer infuses hip-hop and reggaeton with her irresistible blend of potent intelligence, hot sensuality and lyrical skill. La Bruja has long been regarded as one of the leading American spoken word poets. With the release of “Brujalicious” she joins the ranks of artists such as Mos Def who infuse music with the power of word.
"