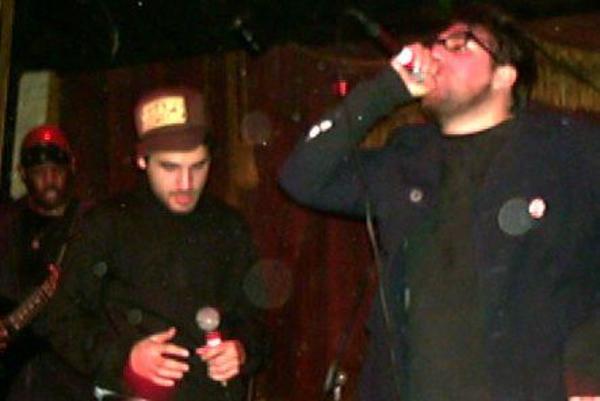 Anonymous Inc. is a loosely knit musical group started by brothers Ceschi and David Ramos in 1994. In 1995 they recorded an album which was never officially released to the public, this enlisted the rapping talents of young mcs iCON the Mic King and Kofi. In 1996-97 they recorded what would be their first tape, the ultra-silly H.O.E.P. of which only 100 or so were sold before the band decided to never show it to anyone again. The H.O.E.P. lineup consisted of Ceschi Ramos,David Ramos(drums), Mike King (lyrics and turntables), and Mike Lasse (Bass) with help from Nic Kenna(as the patriot), Sachin(analog 8 track engineering). The next recording project that the band tackled was what would eventually become their first released self titled CD. Songs written from 1998 to 2000. This came out as a limited CDR in 2000 and sold in the Bay Area only. During later 2000 and 2001, the CD was "cleaned up", much was re-recorded, new songs were added and the project was mastered. This album, finally released in 2001 will be most people's introduction to the anonymous inc. Since late 1998 or so, anonymous inc. has been mainly a jazz fusion based experimental band with many diverse influences from hip hop to latin jazz to progressive/psychedelic rock to IDM and Drum and Bass to children's music and modern classical music.....