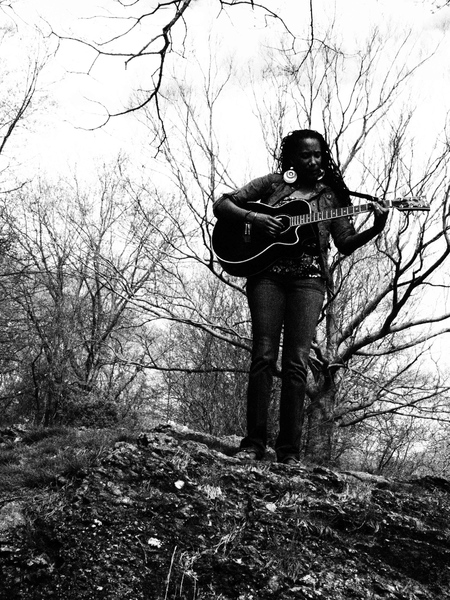 U-MELENI is a multi-talented Zimbabwean Artist born in America, raised in Zimbabwe, Botswana and South Africa. She is an Actress, Activist-Educator and Performance Poet, Singer/Songwriter/Musician, who has been performing in Boston since 1996.She is also a model, self-taught guitarist, amateur photographer,

U-Meleni holds a Masters in Education with a concentration in Drama and Multicultural Learning, as well as a Bachelor of Arts in Social Psychology from Lesley University and the University of Massachusetts respectively. Since picking up the microphone in College in the US, she has graced many stages with her powerful performances, soothing voice and profound lyrics. U-Meleni has been a featured poet/songstress in universities, clubs, venues and conferences from Harvard University to Wally’s Jazz café, WERS 88.9FM and HOT 97.7FtM to the Boston Opera House. She has written and produced her debut CD of poetry & music (in English and Shona) entitled “Soul Psalms, Birth, Death, and Resurrection”( 2003). “Talk about atoms in a cyclotron. We became a magnetic field taking in her images…." Kay Bourne, Bay state Banner. The CD has been used as a teaching tool in schools, health departments and most recently the University of Witwatersrand, Johannesburg.( 2006) Internationally, she has performed in South Africa, Zimbabwe, Portugal and Jamaica. She was an honored writer for her poem” Feelings are only temporary” featured in the University of Maine The Binnacle Literary Arts Magazine in the fall of 2005. In March 2006, her song/poem” Love is Not Supposed to Hurt” won the Inaugural Spoken Word Competition on American Idol Undergound.com and has been in rotation being among the top 50 Spoken word tracks.In 2007 She played one of the lead roles in Ya Ma.Afrika, TV series about 4 african women living in NYC aired internationally to awesome reviews.