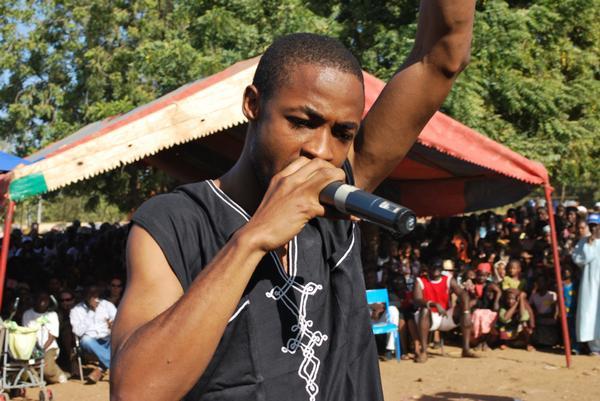 Amkoullel was young when he discovered rap and in 1993 he organized his first rap concert before expanding his collaborations and creating the group Kouma Guerya – "guerilla of words". His first album, Infaculté, was released in 2002 and was loaded with texts against ignorance. In 2003, his second album, Surafin, meaning 'bribe', was released. But it was Waati Sera I (It's Time !), self-produced under the label Woklo Barka Prod in 2007 that proved to be a militant opus against Africans' disdainful self-image. Amkoullel creates musical collages from traditional African instruments, jazz and rock, arousing the attention of even the most refined audience. ..Amkoullel has performed with icons such as Cheikh Tidiane Seck and appeared twice at the Nice Jazz Festival alongside Manu Dibango, Keziah Jones, Rokia Traoré and has presented alongside Alpha Blondy, Lobi Traoré and Tiken Jah Fakoly.