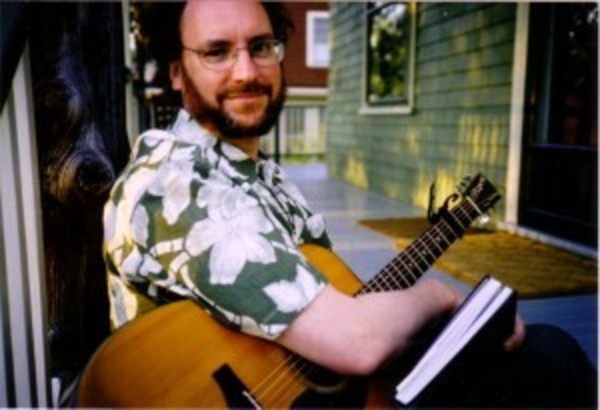 My good friend and fellow Berklee professor wrote this beautiful song for Sally Taylor's amazing Consenses Project. I love recording Mark's acoustic guitar parts. They're always musically nuanced and precise. This is a fine example of that. Listen how the doubling is perfect until he artfully highlights parts on the left and right side. On this track he also demonstrates his lovely voice.

Mark Simos is a renowned songwriter, composer and tunesmith, teacher and writer. Over four-plus decades, Mark’s songs and “tunes from imaginary countries” have stretched musical boundaries with innovative melodies and harmonies and intricately crafted lyrics, bringing a contemporary sensibility to “neo-traditionalist” forms. Over one hundred of Mark’s compositions have been recorded by artists, including Alison Krauss and Union Station, Ricky Skaggs, Del McCoury, Laurie Lewis, and Australian rock icon Jimmy Barnes. Featured on many recordings as a fiddler and guitar accompanist, he has recorded an acclaimed song-cycle album, Crazy Faith, and four albums of original and traditional fiddle music.Mark is associate professor in the Songwriting Department at Berklee College of Music, where he has created innovative curriculum for songwriting, collaboration, guitar techniques, and tunewriting. Also an active performer and teacher at workshops, camps, festivals, and retreats, Mark has mentored hundreds of songwriters worldwide. He has just published Songwriting Strategies: A 360º Approach (Berklee Press/Hal Leonard 2014).

We recorded this at Notable Productions.

The guitar was used with an MS pair as the 4051 as the midside and the KM86 on the bi-directional side.