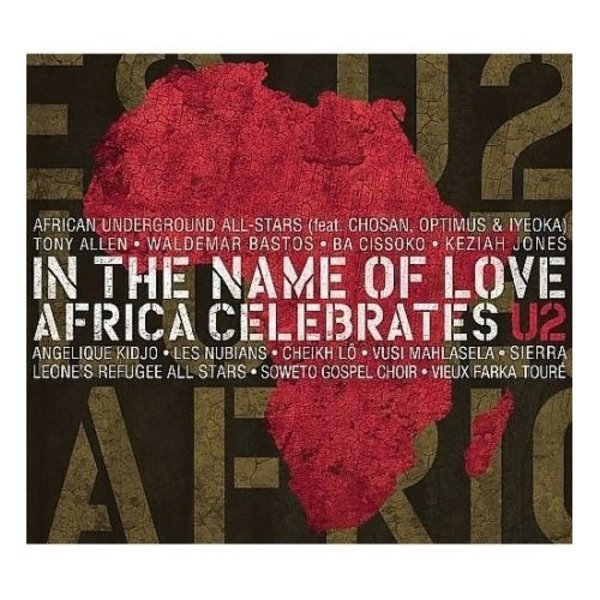 In The Name Of Love: Africa Celebrates U2 features brand-new covers of classic U2 songs by Grammy Award-winning and up-and-coming African artists including Angelique Kidjo, Les Nubians, Sierra Leone's Refugee All Stars, Vieux Farka Touré, Vusi Mahlasela and the Soweto Gospel Choir. The album was inspired by Bono's direct philanthropic impact via the launch of the ONE campaign and (RED), and his poignant outspoken public commentary on the immediate financial needs facing Africa. In The Name Of Love: Africa Celebrates U2 is a revolutionary tribute to one of the world's best-loved bands. Deluxe packaging includes detailed info on the home countries of the artists, and info on nonprofit organizations that are making a difference.