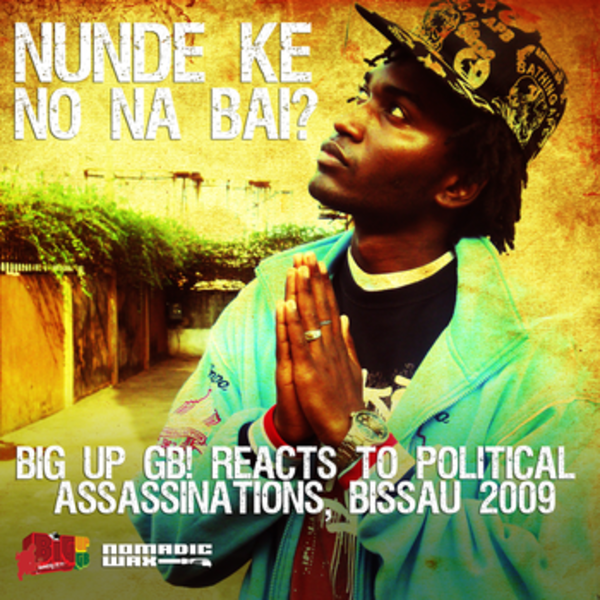 June 6th – the day after:
The streets were stale. Though there was no present danger, most Bissau-Guinean’s stayed in-doors safe in their shells of demoralization. Hip Hop however, stepped-up. Seven Bissau-emcees, all affiliated with “BIG UP GB” came together in the only functioning recording studio in Bissau, to record a three-track compilation or mix-tape.

This mix-tape entitled, “Nunde Ka No Na Bai” (Where Are We Going?) depicts the raw expressions of these young rappers in response to the lawlessness and political violence that have troubled Guinea Bissau since its independence from Portugal in 1974.

Supported and produced by Cobiana Records and Nomadic Wax the mix-tape epitomizes the potential of Hip Hop to instigate social change.

Guinea Bissau is most commonly depicted as a “Narco-state” in the media and is highly unstable, both politically and economically. Presently, the nation is entering a second round of presidential elections.
credits
released 07 July 2009