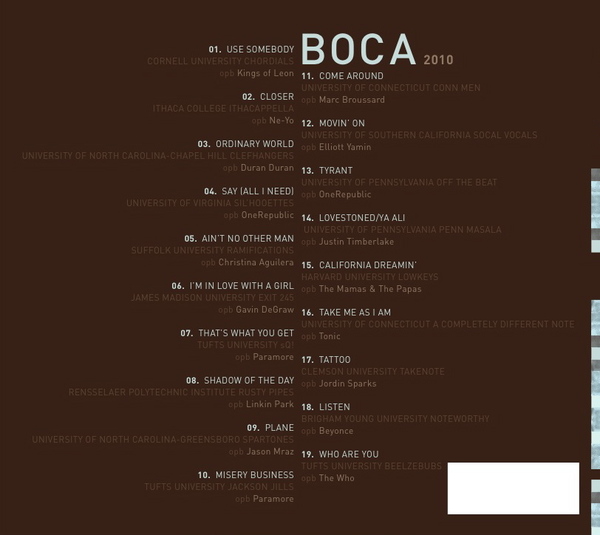 Featured on this album is a recording by The Tufts Jackson Jills: Come Around. The Notable Productions team is very proud of this distingushed group of women.

Jackson Jills Official Website
Notable Production did most of the production and recording for the Jackson Jills 2010 release. Daniel Cantor was engineer and Mix engineer. Additional tracking and mixing by Ed Boyer. Assistant Engineering by  Livia Lin and Phil Dong and  Laura McLaughlin