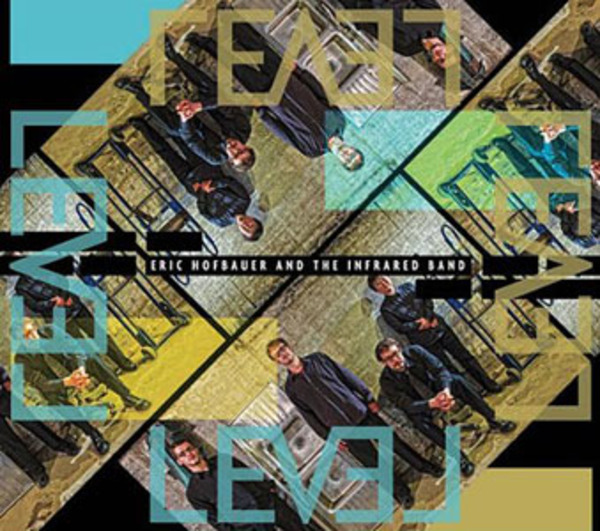 Eric Hofbauer and the Infrared Band

Back in 2008 this band—the only change here being bassist Sean Farias in for Michael Montgomery—produced one of the best albums of that year. In 2011, they've gone and done it again.

Like Thelonious Monk, Herbie Nichols and Andrew Hill, guitarist Eric Hofbauer's music benefits enormously from having the right musicians to bring it to fruition, and in this instance he's blessed. His quartet effortlessly avoids all the well-established tropes; on "La Ligne De Chance," it brings the lack of rhetoric in Hofbauer's music to light, too. Lacking grand gestures as it does, this is a piece which pulses with the extraordinary depth of empathetic interplay that clearly comes quite naturally to these players.

That quality is enhanced by their individuality. Hofbauer avoids the customary modern jazz guitar vocabulary, just like he's always done. His work on "Murder For A Jar Of Red Rum" is that of a man for whom mere technical display smacks of no more than empty gestures, while tenor saxophonist Kelly Roberge embodies the playful spirit which is never far from the heart of the music. This is confirmed by the eerie way in which the piece is resolved, which, while it mirrors the opening passage, still highlights a band with no agenda other than that of making highly distinctive music.

The band goes effortlessly about the task of laying out unaccustomed territory on the lengthy "Surely Some Revelation," the opening passage confounding expectations until repeated listening renders obvious the quartet's highly persuasive logic. This is true even when the music settles into a generic post-bop groove, especially as that breaks down for Hofbauer to turn in an oblique, ear-pricking solo over Miki Matsuki's drums, where the influence of Ed Blackwell is noticeable, albeit obliquely.

With any luck, it won't be another three years for this quartet's next release, although it's entirely up to the individuals concerned as to what happens next. They can, it seems, effortlessly raise the bar with every release, so it'll be worth waiting for no matter how long it takes.