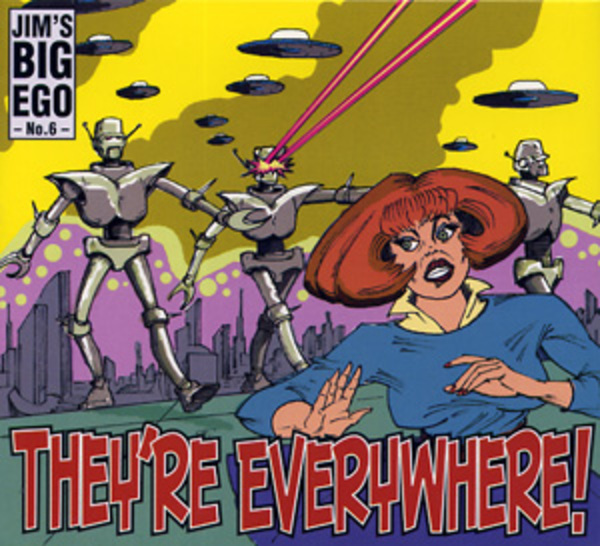 They're Everywhere is the fourth full length Jim's Big Ego studio release and their first in three years. They're Everywhere is one of the first major independent CDs to be released under a "Creative Commons" license, which unlike a traditional copyright, officially sanctions public sharing of music as long as it's not for profit.