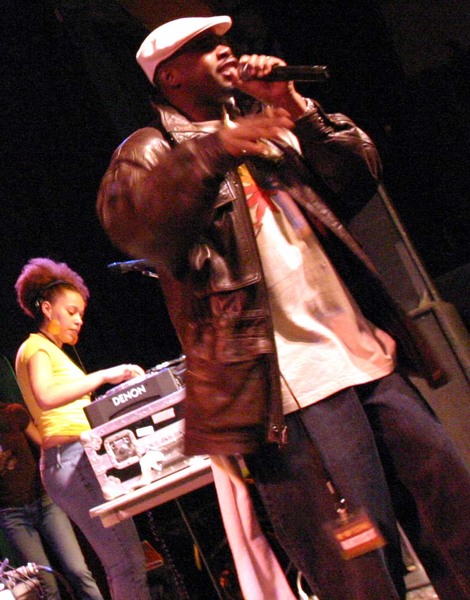 Ive been Privaledge to work with this amazing team live and at Notable on some tracks. I'm hoping they return to Boston in 2011 for some fresh tracks.

Here is some info about them:

"Eli Efi & DJ Laylo are a hip hop duo that delivers sharp political lyrics over apocalyptic beats. Hailing from São Paulo, Eli Efi is a hip hop legend in Brasil. In 1988, he founded the politically charged rap group DMN and went on to record five albums receiving praise from the hip hop community and music industry alike. The group was nominated for best video and best rap group at the MTV Brazil Video Music Awards, best rap song of the year at the Hutus Hip Hop Awards Festival, and won best music video at the São Paulo Shorts Film Festival.

In 2004, he left DMN and now continues his musical career alongside DJ Laylo. Laylo hails from the South Bronx by way of the Dominican Republic. Together, they bring hip hop back to a place where MCs rocked alongside DJs to move the crowd but with an international flavor with LF rhyming in Portuguese and Laylo always finding a way to blend some Samba or Salsa into the brew. They have performed throughout the United States, Brasil, Mexico, Colombia, and Chile and performed alondside all the major names in Brazilian and Latin American hip hop. They have also shared the stage with U.S. Based artists such as Styles P, Dead Prez, Talib Kweli, Jean Grae, Jeru da Damaja, Immortal Technique, Ras Kass, Lord Finesse, CL Smooth, Hurricane G, David Banner, among many others."