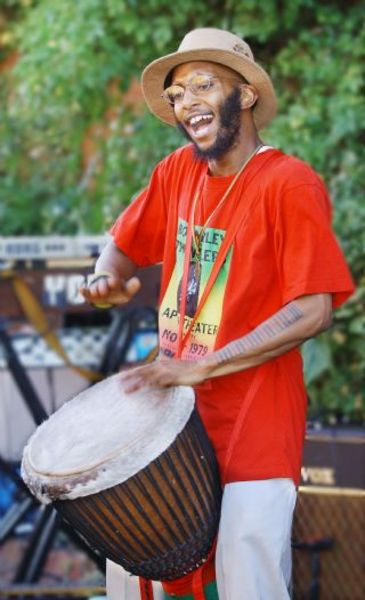 About The African Festival
Founded in 2010, Boston first African Festival is organized by Shalupe Foundation, a 501 c 3 non-profit based in Boston, Ma. and aims to build strong community in Massachusetts and in Africa. The missing of the festival is to promote African culture in New England and educat ethe public about African culture and heritage.

About Jamemurrell Stanley
Before Jamemurrell was able to walk or talk, he would lay on his back singing and mumbling the rhythms that he heard while at drum and dance class. This was only the beginning. At the age of 14 Jamemurrell traveled to Senegal West Africa to expand his knowledge of African culture and music. Jamemurrell began studying intensely under Jah Amen And Leon Mobley, Direct students of Nigerian master drummer Babatunde Olatunji and also under the directorship of Senegalese master drummer Ibraham Camara (former drummer for the National Ballet of Senegal). All this time Jamemurrell was Building a reputation for himself and his music on the Boston music scene.

In 1999 Jamemurrell was accepted to attend Boston Arts Academy, where he transformed himself through artistic and academic rigor for the next 4 years. Graduating in 2003 Jamemurrell traveled back to Senegal, this time for 6 months. He ventured deep into the countryside to accompany Caro Diallo and The Black Sofa Dance Company in the Cassamace region of Senegal. Like his mentor Olatunji, (who played for many years with Santana and other popular artists of the day), Jamemurrell has succeeded in bringing African drumming into contemporary mainstream music and has performed and recorded with many major artists in all genres as well as touring in Europe, the Caribbean and all over the United States.